Adoption is something that we do with purpose and acknowledgement. We adopt a new technology, device, way of being. As something sweeps through the adoption curve there are the innovators, the early adopters, the majority and the laggards. Initially you notice the physical signs of adoption – the iPads, the bikram yoga studios, the free wifi signs, the quinoa on the menu. But as these trends gain momentum we not only adopt but also adapt. We become less aware of these physical signs of disruption as they become part of our norm.

As something increasingly becomes more visible in our lives it simultaneously becomes invisible.

Take the internet for example. With smart phones, the accessibility of wifi networks and advertising calls to action we are constantly surrounded by and reminded of the internet hundreds of times a day. The connection to the internet itself however, is almost invisible. Previously we accessed a dial up connection from the home or office by a desk top computer. Now you turn on your phone, iPad, or laptop and are immediately online without even being made aware of the necessity to connect. The internet is just there. Invisible.

Everyday I work with people that are rolling out Yammer across their organisation. They are building it’s visibility across departments as the place for communication and collaboration. The concept of an enterprise social network is powering through the adoption curve. It is currently disruptive and visible. But once it reaches the point of full adoption and it becomes the place of familiarity that people go to get work done, like other things that reach saturation, it will become invisible. The platform itself dissolves into the background and it is the conversations, the content and the people that are the central focal point and become visible. People forget they are using an enterprise social network, they are just working in a collaborative space and better connected to their colleagues than ever before.

If full adoption equals invisibility how does a technology or product continue to be disruptive once it has reached 100% adoption?

They continue to innovate and evolve. Yammer for example, releases on a weekly development schedule. They push people to adopt and adapt. They don’t sit back, relax and bask in the invisibility.They keep pushing the boundaries. You remain invisible for too long and you become irrelevant. 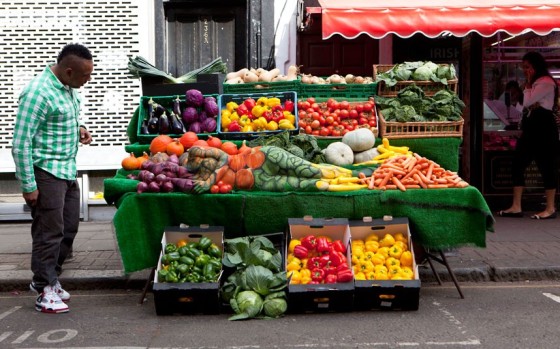 Last week I participated in the Workshop for Innovation and Entrepreneurship. Run by Deakin University it was based on the successful Danish workshop and the first time one like this was run in Australia. The theme was sustainability. It was a week full of speakers, problems solving, mental and emotional challenges and competitive innovation. Super.

Each group was presented with an industry problem. Mine – to reduce the amount of stand-by power in Australian households using motion sensor technology. Some others included; increasing the efficiency of the Victorian regional rail system, increasing the financial stability of the RSPCA, and improving the sustainability of Deakin University.

Like every group we had a mix of backgrounds, skills and experience (think a PhD in Robotics, crossed with 5 years running confectionary factories and a Masters in International Development). After numerous rounds of perfecting an idea, breaking it and then throwing it out we finally found something that ticked, rolled, landed on its feet and won. I wish I could share it – but we are currently looking into patents… so stay tuned 🙂

So instead…. here are 5 things that I learnt from 5 days in a mixing pot of innovation and entrepreneurship:

1. Don’t be selfish with good ideas

Sometimes you think that you have an idea that is so good you don’t want to risk someone stealing it.  Well, nothing is good if it goes unshared. Concepts grow, manipulate and get stronger with every adaptation.

The best ideas usually already exist in some form. Take something, make it better, put it in a new environment and it will grow.

3. The horizon of the public consumer is limited

A sad realisation. But sometimes a great idea is just too different and forward thinking to be accepted in the public domain.

4. Animation in powerpoint is still cool

Explaining a motion detection system that switches between controlling the powerpoints in your home and your security system was made simple with some good old animation. True.

5. Black and brown make me frown

Never use a dark brown background with black writing for a presentation. The audience must be able to easily read the content of the slide. Simple. Yes. But three presenters used colour schemes that made reading their slide content like following a breadcrumb trail in the Sahara. Not a good idea.